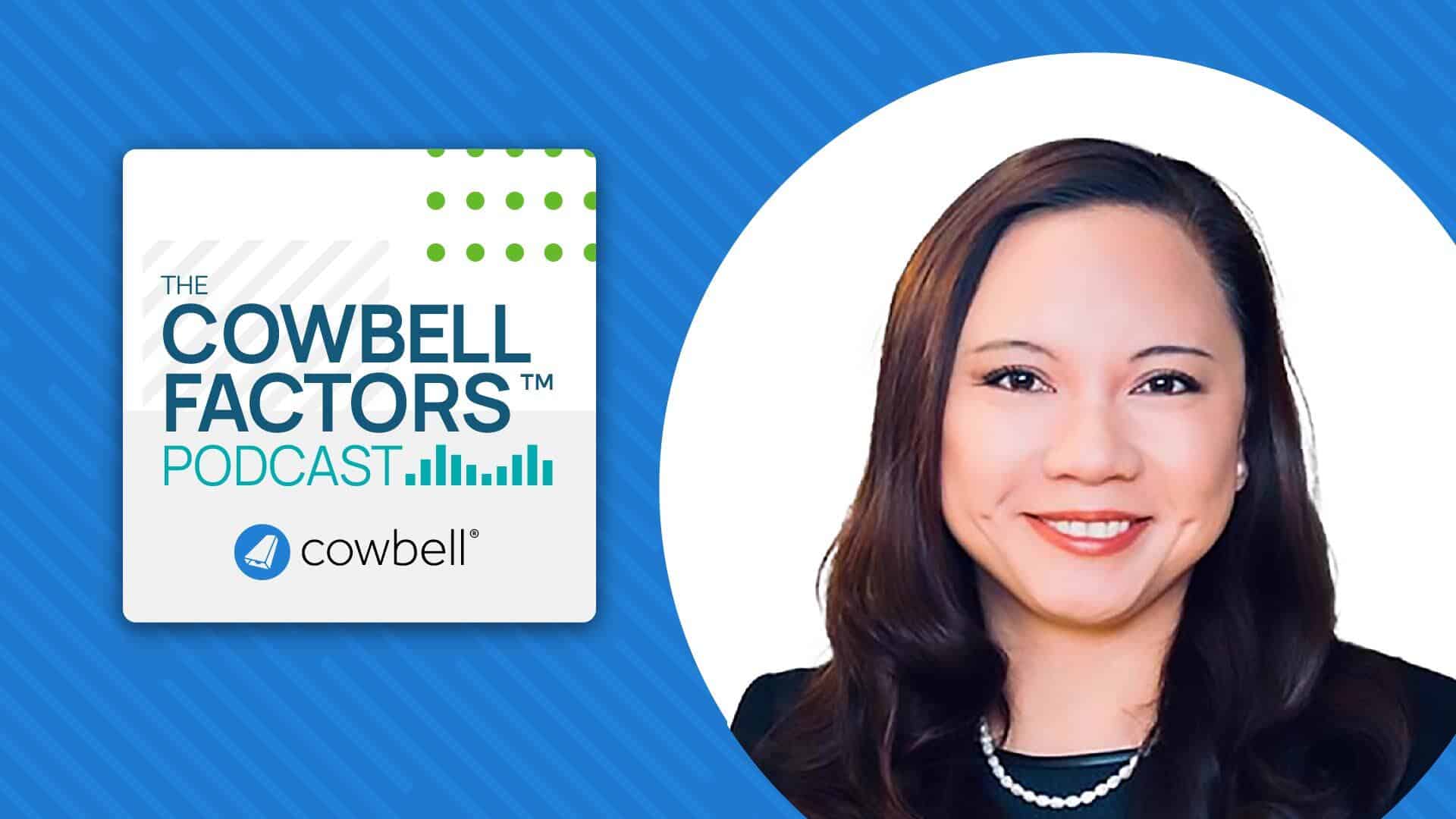 To kick off Season 4 of The Cowbell Factors Podcast, we welcomed our very own Theresa Le, Head of Claims and Risk Engineering at Cowbell. Though she has only been with the company for about six months, she has made a huge impact on how claims are handled and how our policyholders are supported throughout the entire process.

Coming from an educational background in cyber law, Theresa started her career as a litigator and ultimately went on to become a VP at Swiss Re, as well as a Senior Claims Counsel at AXA XL. We’re so happy she is now a part of the Cowbell family as our Head of Claims and Risk Engineering. As her title suggests, there are two sides of this role: claims and risk engineering.

On the claims side, Theresa “manage[s] a really talented group of cyber claims counsel, claims specialists and cyber claims operations. [Her team] support[s] the policyholder through the cyber incident, assess[es] coverage and pay[s] the covered claim.”

Theresa “also head[s] the risk engineering team, which is a group of really talented cybersecurity experts who engage with the policyholder throughout the term of the policy. They identify security gaps, improve policyholder security posture, provide resources such as dark web monitoring reports, incident response plans”, and more. As “trusted advisors to policyholders,” Cowbell’s risk engineers seek to identify ways that policyholders may improve their Cowbell Factors.

It is noteworthy that, at Cowbell, claims and risk engineering are under the same umbrella. This approach is beneficial because it reduces the frequency and severity of claims. It also speaks to Cowbell’s closed-loop approach to risk management, “the strategy whereby cybersecurity and insurance function together to continuously support risk assessment and cyber resiliency, as well as provide expert risk transfer and claim mitigation guidance.”

When a policyholder calls to report an incident, Theresa and her team see an opportunity to help guide them and avoid what could have been a business-ending situation, if they didn’t have a Cowbell Cyber policy. Ideally, the policyholder comes out on the other side of the incident in a more resilient state, with lessons learned that they can immediately implement. “We feed these insights back into the other parts of the machine immediately in realtime to inform risk engineering, data science and underwriting.” This helps the risk engineering team identify certain repeated threats and take action against them before they can seriously impact a potentially vulnerable policyholder again.

Guided by claims data, the risk engineering team has a great impact on our policyholders. In a recent survey of Cowbell’s policyholders, 74% agreed that they improved their cybersecurity awareness as a result of acquiring cyber insurance and 71% wanted Cowbell as their cyber insurer to provide recommendations to minimize risk exposure.

Given her extensive knowledge of the field, Theresa offered an insightful perspective on the way cyber claims have evolved in just the last few years. Previously, the biggest worry was the financial impact resulting from Personally Identifiable Information (PII) or Protected Health Information (PHI) that could be stolen and sold to cyber criminals. Now, ransomware is the biggest threat, both in terms of financial impact and business operations.

We’re also seeing threat actors targeting any and all organizations, no matter the size. With the rapid evolution of the cyber threat landscape, both in terms of type and sophistication of attack, the cyber insurance and cybersecurity industries must work together to be one step ahead. Cyber threats have come to be top of mind, especially for the highest levels of leadership within organizations.

Instead of being intimidated by this reality, Theresa is a self-proclaimed “cyber nerd,” and sees insurance as a force for good: “not only as a critical financial tool, but also it can be a driver of change and incentivize action…that hopefully decrease[s] the collective cyber threat.” Furthermore, cyber insurance can facilitate improved cybersecurity postures.

This ties into one of the primary reasons she joined Cowbell: the innovation and solutions that we provide to SMEs, an underserved market. Theresa also underscores the culture at Cowbell – she enjoys working with a diverse group of colleagues in a company that is supportive, empowering, transparent and collaborative.

Led by Theresa’s team, as of March 1, 2022, Cowbell’s claims are now handled in-house. This ensures that every claim is evaluated with efficiency and expertise. The process may seem overwhelming or daunting at first, but Cowbell is able to instill a sense of calm, control and expertise to get the insured operational again. The most important thing to remember if you are a policyholder is that the first step is to simply call Theresa’s claims team at Cowbell at (833) 633-8666. Rest assured that the simple act of having cyber insurance coverage puts policyholders in a much better position to get through a cyber incident than those without coverage.

Theresa proudly shares that “insureds and policyholders do remark quite often that without the cyber policy, they probably wouldn’t have survived that cyber incident.”

Cyber insurance is dynamic and consists of constant engagement between the policyholder and the insurer, not only when a claim arises. Even after the claim is resolved, there are takeaways, lessons learned, and improvements to be made.

If you are interested in hearing Theresa discuss these topics and more, listen to the full podcast episode.

Visit the Cowbell Factor Podcast library to listen to last season’s episodes and stay up to date on upcoming ones. It is available on most podcast platforms (iHeartRadio, Spotify, Google podcast, Apple podcast, Anchor and Radio Public). 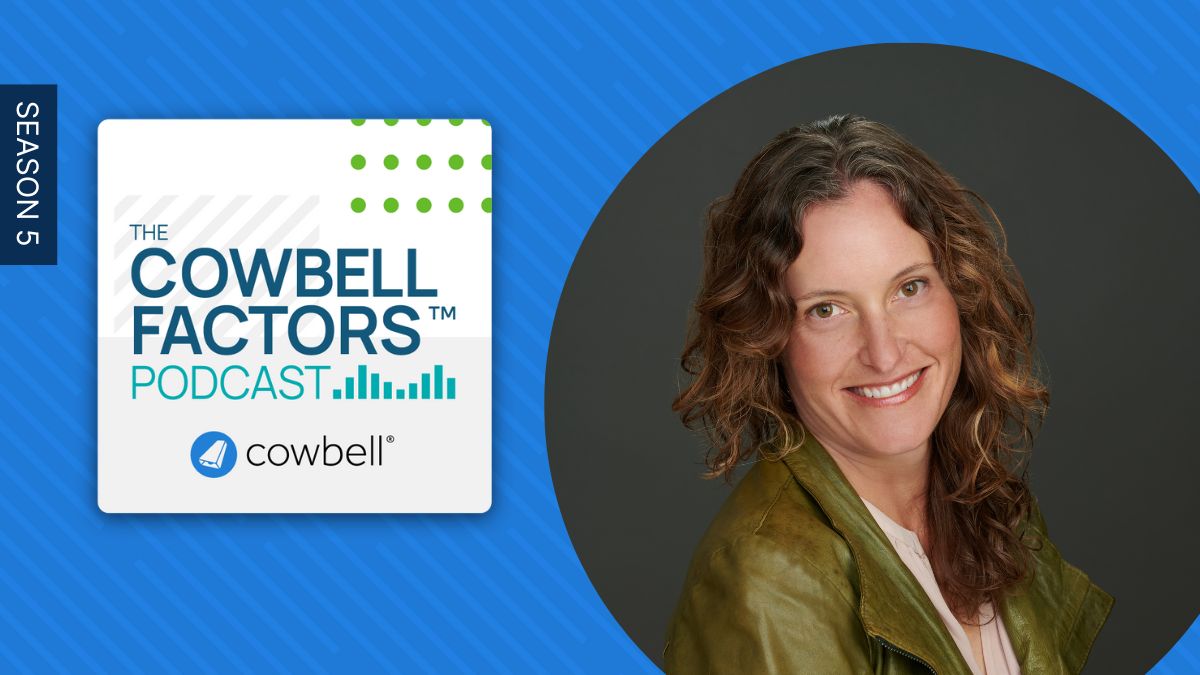 We Tossed The Tchotchkes! Year 1 of Cowbell Cares in Review

It’s the end of year holiday celebration at The Cowbell Factors Podcast! This week, we welcomed...

END_OF_DOCUMENT_TOKEN_TO_BE_REPLACED 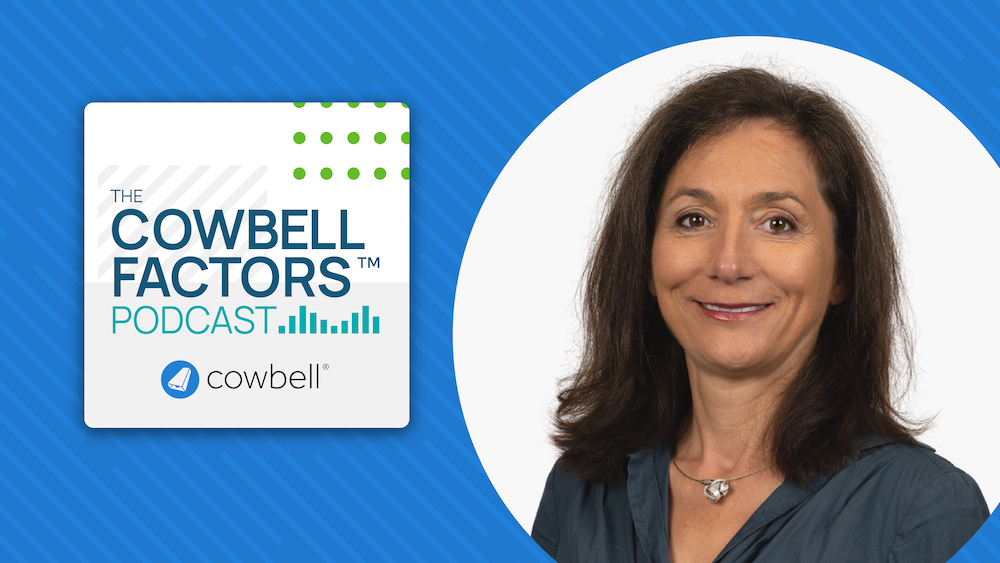 Story Behind the Name: What are the Cowbell Factors?

Ever wondered why this podcast is named “The Cowbell Factors”? In this episode, you’ll find out...